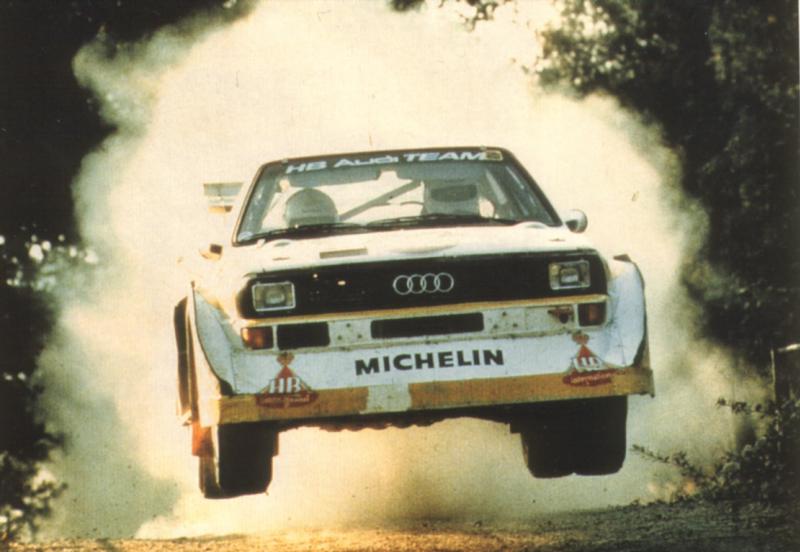 reproductions in our database

The Audi quattro, also called Ur-quattro is a sports coupe which was established between the spring of 1980 and mid-1991. With 11,452 units built, it was the first produced in larger quantities road vehicle with a permanent all-wheel drive.

A jewel of technology

Derived from the Audi 80 and more closely by the GT Coupe, which also kept some sheet metal, the “quattro” first version presented substantial technical changes. The mechanics of 80 remained, in practice, part of the platform. The front suspension was totally new, as well as the rear, identical and rotated 180 º. The main feature of the “quattro” was, however, the permanent four wheel drive system with three differentials. It was the first big European sports car series (before her there were only two-wheel drive: the Jensen Interceptor FF of 1968, but was little more than a passenger car craft, and the AWD Subaru Leone, 1972) to adopt this technique.

The engine was a 5 cylinder in-line 2144cm ³, powered Bosch K-Jetronic mechanical injection and turbocharged with intercooler and turbocharger KKK-k26, capable of delivering 200hp. The adoption of the scheme 4×4 resulted in the need for a rear-wheel independent suspension